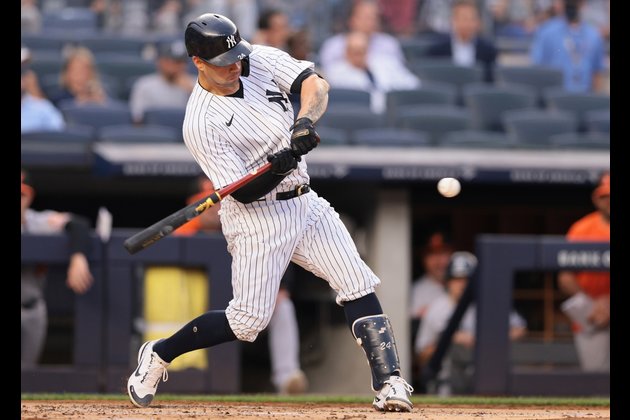 Gary Sanchez is latest Yankee to test positive for COVID-19

"I guess I'm little concerned about everything, but we just got to do keep doing the best we can," Boone said prior to Thursday's home game against the Seattle Mariners.

Boone said Sanchez's positive result came from a rapid test and that the club is waiting on results from a PCR test.

The trio of positives come in the wake of a six-game trip to Florida in which the Yankees played the Tampa Bay Rays and Miami Marlins.

"We were in Florida this past week and that's been one of the places with some rising cases and things like that," Boone said. "So I'm sure that could have played a role, but it's hard to know who contracted what, when and how."

In May, New York had an eight-person outbreak among mostly coaches and staffers but shortstop Gleyber Torres also tested positive.

The Yankees recalled catcher Rob Brantly from Triple-A Scranton/Wilkes-Barre to replace Sanchez on the roster. Brantly is 2-for-15 in four games with New York this season.

Higashioka will start Thursday's game behind the plate. He is batting .196 with six homers and 12 RBIs in 40 games.