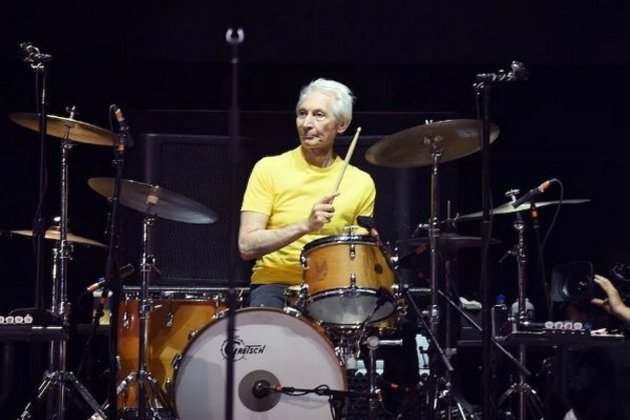 Washington [US], August 5 (ANI): Rolling Stones veteran drummer Charlie Watts, who has been a member of the group since its inception in 1962, might skip the band's rescheduled US tour this fall due to medical reasons.

According to a statement from a Stones spokesperson to Variety, Watts is "unlikely to be available" for the band's rescheduled US tour.

The 80-year-old drummer recently underwent an undisclosed but "completely successful" medical procedure, according to the statement.

As per Variety, veteran drummer Steve Jordan, who has worked to a great extent with Stones co-founder Keith Richards, will fill in for Watts for the 13-date 'No Filter' tour that will kick start in St. Lous on September 26, this year.

Watts said in a statement to Variety, "For once my timing has been a little off. I am working hard to get fully fit but I have today accepted the advice of the experts that this will take a while. After all the fans' suffering caused by Covid, I really do not want the many RS fans who have been holding tickets for this Tour to be disappointed by another postponement or cancellation. I have therefore asked my great friend Steve Jordan to stand in for me."The spokesperson also in a statement told that "Charlie has had a procedure which was completely successful, but I gather his doctors this week concluded that he now needs proper rest and recuperation. With rehearsals starting in a couple of weeks it's very disappointing, to say the least, but it's also fair to say no one saw this coming."Feeling privileged to be Watts's understudy, Jordan said, "I am looking forward to rehearsing with Mick, Keith, and Ronnie. No one will be happier than me to give up my seat on the drum-riser as soon as Charlie tells me he is good to go."For the unversed, unlike other members of the Stones, Watts- who has generally been healthy throughout the group's career had played on around 95 per cent of its six-decade official catalog. He was stricken with throat cancer in 2004 but successfully recovered, and suffered from substance abuse in the 1980s but beat that as well, according to Variety.

The veteran drummer even has a record for playing a two-hour set -- in a stadium for the Stones. (ANI)