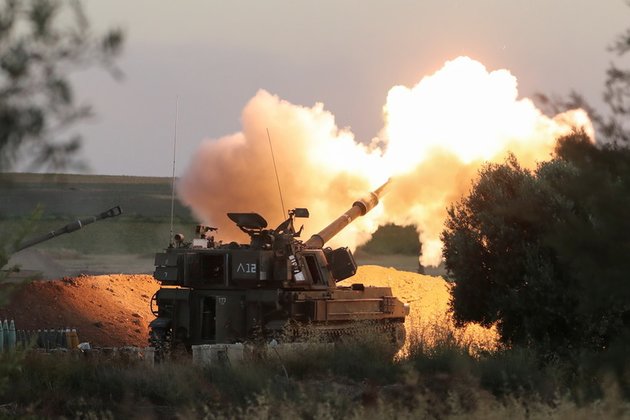 The Israel Defense Forces (IDF) fired artillery rounds at Lebanon after three rockets were launched from the neighboring state, with two of them landing in northern Israel and causing a fire.

Sirens sounded in several towns in the north of the country on Wednesday, as the IDF said it identified three rocket launches coming from Lebanese territory. One rocket exploded inside Lebanon, while the other two were able to make it across the border.

Residents of Kfar Giladi, Tel Hai, and Kiryat Shmona said they heard loud explosions in the area, according to local media reports.

A video uploaded on social media shows what is claimed to be a plume of black smoke coming from the rocket's impact site in Kiryat Shmona.

There have so far been no reports of casualties, but Haaretz said the explosion caused a fire not far from residential buildings in the town.

The blaze poses an added risk, as Israel is currently going through an extreme heatwave, with temperatures reaching 43C in some parts of the country.

Kiryat Shmona's mayor called upon locals to stay close to their bomb shelters and await further instructions from the authorities.

The IDF said on Twitter that its artillery targeted Lebanese territory in response to the rocket attack.

Two weeks ago, two projectiles were also fired at Israel from Lebanon, shortly after an IDF strike in Syria's Aleppo Region. Lebanese armed group Hezbollah is an ally of the Syrian government in the ongoing conflict in the country, along with Israel's main geopolitical rival, Iran.

This May, rockets were also fired from Lebanon at Israel during the 11-day conflict between the Jewish state and Gaza-based Hamas. According to the UN, the flare-up resulted in the death of more than 250 people in Gaza, including 66 children, while 12 people, including two children, were killed in Israel.