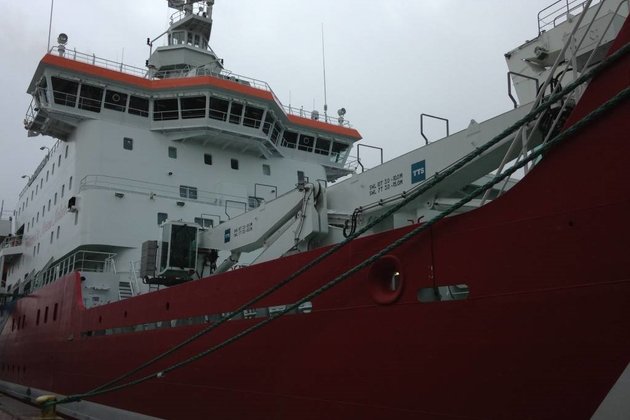 A UK maritime security agency on Tuesday reported a "potential hijack" on a vessel off the coast of the United Arab Emirates, five days after an attack on a tanker left two dead.

The MarineTraffic website, which categorises it as an asphalt and bitumen tanker, said it was travelling to Sohar, a port on Oman's northern coast.

The incident at the opening of the Strait of Hormuz-- one of the world's busiest waterways - comes days after an attack on an Israeli-linked tanker bound for the UAE, which the United States and its allies blamed on Iran.

Two crew members of the Japanese-owned, Liberian-flagged oil tanker, MV Mercer Street, which is managed by a prominent Israeli businessman's London-based company, were killed in an apparent drone attack, the United States and Israel said.

US Navy forces who came to the aid of the crew in response to an emergency distress call saw evidence of the attack, the US military said.

Washington has called for a collective response against Tehran over last week's attack. The Iranian authorities have denied any involvement.