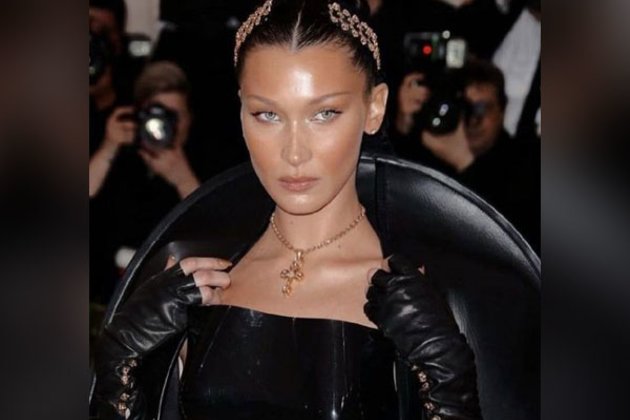 Washington [US], May 16 (ANI): American supermodel Bella Hadid, who was recently accused of sharing anti-semitic rhetoric over the Israeli-Palestinian clashes, joined the pro-Palestinian protest march on the streets of New York.

Supermodel sisters Bella Hadid and Gigi Hadid have been exceptionally vocal about their opinions on the continuous struggle among Israel and Palestine and have been amplifying the voices of people to extend international level support for their ancestral country amid the ongoing war.

Taking to her Instagram, Bella informed her fans that along with thousands of people, she, on Saturday (local time) had joined the pro-Palestinian protest march on New York streets to condemn the Israeli airstrikes at Gaza.

The 24-year-old model shared a series of photos and videos from the protest wherein she is seen wearing Palestinian Keffiyeh with a face mask. She is also seen holding a large Palestinian flag as she joined the crowd marching for free Palestine.

Along with the pictures, she wrote, "This many beautiful, smart, respectful, loving, kind and generous Palestinians all in one place... it feels whole! We are a rare breed!! It's free Palestine til Palestine is free!!! P.s. The Palestinian drip is real FreePalestine"Earlier, in a deleted Instagram post spotted by Fox News, that invited backlash from some of the social media users, Bella stated that Israel is not a country but a land settled by colonisers that practice "ethnic cleansing, military occupation and apartheid over the Palestinian people."She wrote, "There is NO place for this!!! Especially in 2021!!!! it has always been freepalestine. ALWAYS. I have a lot to say about this but for now, please read and educate yourself."Commenting on the Israeli-Palestinian clash, Hadid further said, "This is not about religion. This is not about spewing hate on one or the other. This is about Israeli colonization, ethnic cleansing, military occupation and apartheid over the Palestinian people that has been going on for YEARS."Earlier this month, the escalation of the Israeli-Palestinian conflict started when the unrest began in East Jerusalem over an Israeli court's decision to evict several Palestinian families from the area. The confrontation intensified in recent days as Ramzan brought large crowds to al-Aqsa and clashes broke out between Palestinians and Israeli police.

The death toll in Palestine due to Israeli airstrikes has reached 188, including 55 children as the conflict entered its seventh day on Sunday. On the other hand, more than 2,500 rockets have been fired from Gaza towards Israel since Monday, killing 10 people in the Jewish nation, including an Indian national, The Times of Israel reported citing the country's military. (ANI)