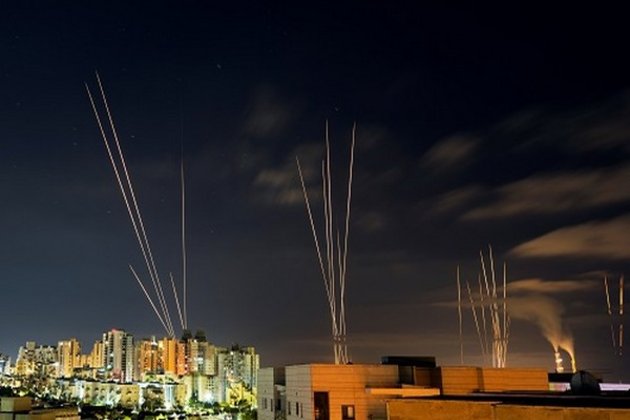 Tel Aviv [Israel], May 16 (ANI/Sputnik): The Israeli Air Force struck over 90 targets in the Gaza Strip this past night, including the homes of high-ranking Hamas leaders, the Israel Defense Forces (IDF) said on Sunday.

"Tonight, the IDF attacked the homes of Yahya Sinwar [Hamas leader in the Gaza Strip and political bureau chief] and his brother," the IDF said on Twitter, listing other Hamas members, whose homes and offices were targeted, in another tweet.

Several people were killed and many others were injured due to the latest strikes launched by Israel on the Gaza Strip, Director of the Al-Shifa Hospital in Gaza, Mohammed Abu Selmia said in a statement.

The strikes came after the resumption of rocket attacks from the Gaza Strip on the night from Saturday to Sunday, Sputnik reported. Selmi said that the number of injured taken to the hospital continues to rise.

The Palestinian health ministry added many people remain under the rubble as the Israeli strikes have destroyed several buildings.

The situation on the border between Israel and the Palestinian Gaza Strip has been deteriorating for the last week. Earlier this month, the escalation of the Israeli-Palestinian conflict started when the unrest began in East Jerusalem over an Israeli court's decision to evict several Palestinian families from the area. (ANI/Sputnik)