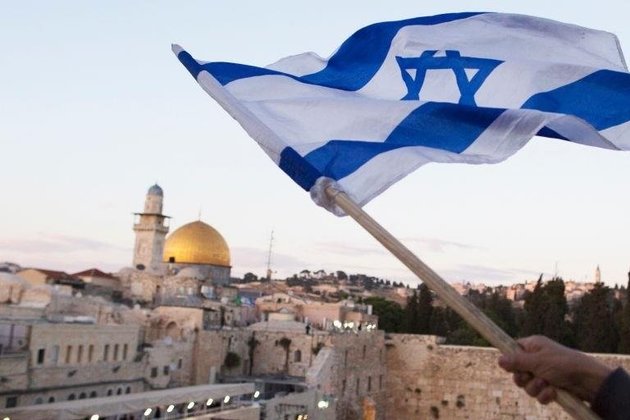 In the Jewish faith, women epitomise the qualities of redemption and resilience. As the classic commentators teach, it was through these qualities, that the Israelites of old were able to withstand the rigours of slavery in Egypt, since it was the women who ultimately remained firm in believing in the coming redemption after the men had all resulted to hopelessness and despair.

Last week, the Jewish community celebrated Purim, the festival commemorating how the Jewish exiles of ancient Persia were miraculously saved from annihilation at the hands of their enemies.

There too the courage and steadfastness of a woman, Queen Esther, played a critical part in the deliverance of the Jewish people.

In Judaism, the primary obligation of lighting the candles to usher in the Sabbath every Friday evening falls on the woman of the house. This recognises the innate strength and power of women to redeem the world by unleashing their light

As a Jewish woman activist, I do not see the lighting of the Shabbat candles as just a ritual. More than that, it reminds me of my own obligations and mission in the world to strive to spread light and to spread truth.

I believe that the candles we light before the Sabbath symbolise bringing this light of truth into a world darkened by injustice, prejudice, ignorance and misconceptions. That light is the light of hope.

In response to that darkness, it represents bringing peace, healing, forgiveness and reconciliation into a world that so desperately needs it.

The division between the Jewish and Arab faiths

The Bible teaches that Isaac and Ishmael were sons of the same righteous father, the Patriarch Abraham, and that great nations would arise from both of them.

Indeed, the brothers respectively became the ancestors of the Jewish and Arab peoples, whose common origins are in so many ways mirrored in the strong similarities that exist between the Jewish and Islamic faiths.

Sadly, over the ages, the two communities were destined to be estranged from one another, and this estrangement has largely continued into our own times.

Thus has been the case regarding the troubled relationship between the United Arab Emirates and the Jewish people, not just in the Middle East, but the world over.

Here too, we have seen so much mistrust, misinterpretation and misunderstandings between two peoples caught up in a bitter and seemingly endless political conflict.

And yet, we have in the past year been privileged to witness a coming together of the two nations, through a groundbreaking agreement between the UAE and the State of Israel to normalise relations. Appropriately enough, the agreement was named the Abraham Accords Peace Agreement.

The UAE-Isreal agreement is not about compromising our principles

In a country like South Africa, people truly understand what reconciliation is and how crucial a part it played in enabling our nation to go forward after so many decades of division, conflict and injustice.

This was why in the years immediately following the transition to democracy, the Truth and Reconciliation Commission was established to find out the truth and come to terms with the country's dark past.

I am a student activist in a very hostile political arena. What for me has made it possible to function in this difficult environment is by standing by my truth, while understanding that just because people do not have identical backgrounds and beliefs does not mean that they cannot unite.

The Jewish word for peace, Shalom, has as its root in the word Shaleim, meaning completeness. "Shalom" thus represents that all different pieces must come together.

It is not about equality, but about equity. It is the ability to look at issues from different perspectives while still maintaining one's own view and identity, but always respecting and trying to understand the perspectives of others that unite us.

As with the UAE-Israel agreement, it is not about compromising our principles or losing our identity. Rather, it is about two peoples representing G-d's values and shining those values onto the world by becoming a "shining light example of unity through resolving difference".

May we be blessed by Allah/Hashem to give us women the power and strength to bring redemption and spread the light in a world of darkness.

News24 encourages freedom of speech and the expression of diverse views. The views of columnists published on News24 are therefore their own and do not necessarily represent the views of News24.

Life in Israel gradually returns to normal amidst global pandemic