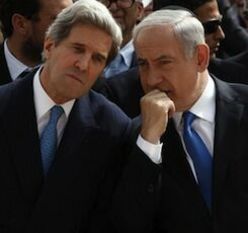 GAZA - The carnage continues in war-torn Gaza with scores of Palestinians, and more Israeli soldiers dying on Monday.

Seven Israeli officers and soldiers were killed in separate incidents, four when their jeep was targeted with an anti-tank missile. Two were understood to have been killed by friendly fire, the third such incident since the ground offensive began.

Only one of the soldiers has been identified. He was Staff Sergeant Yuval Dagan. He was 22 years old, from Kfar Saba, and served in the Golani Brigade.

The number of soldiers killed in the current Gaza conflict is now four times the number killed in the Gaza War, or Operation Cast Lead as it was known, in 2006.

On the Palestinian side an assassination of a Hamas leader had punishing consequences for one family. Twenty five members of a family the Hamas member was visiting were killed with him.

A hospital in central Gaza was bombed by the Israeli military on Monday drawing international condemnation. Four people were killed in the shelling. Justice Minister Tzipi Livni told CNN she was not comfortable with hospitals being bombed and believed an investigation was underway, but pointed out tunnels were being targeted and they would be struck where they were.

The three days to Tuesday shave been the bloodiest days yet in the Gaza conflict, with the Palestinian death toll now 630, while the Israeli death toll has hit thirty.

13 Israeli soldiers from the army's elite Golani Brigade were killed Sunday, seven when an anti-tank missile hit their armoured personnel carrier. Another soldier was claimed to have been captured by Hamas-linked militants, however the Israeli ambassador to the United Nations Ron Prosor denied the report. "There's no kidnapped Israeli soldier, and those rumors are untrue," he said.

A day later however the Israeli army was more circumspect, saying they were investigating.

62 Palestinians died, and four hundred were wounded, in an Israeli army bombardment of the village of Shaja'ia between 12:30am and 4am. "We're doing everything we can not to harm the people of Gaza," Israeli Prime Minister Benjamin Netanyahu had earlier told CNN's Wolf Blitzer.

Ten Hamas operatives were killed by an aerial bombardment as they emerged from tunnels on Monday.

There are more than 81,000 displaced people seeking refuge in 61 shelters run by the United Nations.

The Israeli prime minister blames Hamas for the latest hostilities, even going so far as to accuse them of committing genocide. "These people are the worst terrorists, genocidal terrorists. They call for the destruction of Israel and they call for the killing of every Jew, wherever they can find them," Mr Netanyahu told CNN's Blitzer in a wide-ranging interview in which he also repeated his much used mantra that Hamas is using civilians as human shields.

"They want to pile up as many civilian dead as they can," Netanyahu said. "They use telegenically dead Palestinians for their cause. They want the more dead, the better." Blitzer surprisingly failed to challenge Netanyahu on any of his claims.

U.S. Secretary of State John Kerry was also doing the rounds of U.S. television on Sunday repeating Israeli claims. "Hamas uses civilians as shields," he said. "They fire from a home and draw the fire into the home."

The densely populated blockaded Gaza is home to 1.82 million people, 55% of which the United Nations says are children. 40% of the population are under fourteen.

Most of the injuries relate to loss of limbs and hospitals are working overtime in completing amputations and pulling shrapnel from mutilated bodies. Mads Gilbert, a Norwegian doctor working at Gaza's al-Shifa hospital, told Al Jazeera,

"It's very disturbing to see the large number of civilians, particularly the children."

Israel maintains it is taking particular care in its operations to ensure civilians are not hit. "The IDF continues to operate in the most precise and surgical way possible, targeting only terrorists and their infrastructure," the Israeli army said in a statement Sunday.

A major pivotal point in the conflict may well be the capture of an Israeli soldier by the al-Qassam brigade militants on Sunday morning. The group did not reveal news of the capture until just before midnight local time, no doubt giving it time to transfer the soldier to a place where Israeli searchers will find it difficult to find.

The Israeli prime minister in paying tribute to the 13 Golani Brigade soldiers killed on Sunday stressed the war in Gaza was a "just war."

"We bow our heads to our fallen sons, who died so we could continue living in our country. I would like to express, on behalf of the government of Israel and the people of Israel, the deep pain we feel. I want to tell you, there isn't a war more just than the war in which your sons bravely died in."

Seven of the soldiers, from the 13th battalion of the Golani Brigade, died at 1:05am Sunday in Gaza City when an anti-tank missile hit the armored personnnel carrier they were in.

Others were killed as they were trying to take over houses.

Four soldiers were killed on Saturday. They were Second Lieutenant Bar Rahav, a 21-year-old Engineering Corps soldier from Ramat Yishai, who was killed by an anti-tank missile that hit the engineering vehicle he was in; Staff Sergeant Bnaya Rubel, a 20-year-old infantryman from Holon, was killed in a firefight; and Major Amotz Greenberg, 45 and Sergeant Adar Barsano, 20, who were killed in a gunfight after Hamas combatants infiltrated into Israel from a tunnel.

"We understand that in battle, some are killed. But we know that this is our job and this is what we're doing," Israeli army Chief of Staff Benny Gantz said Sunday.

Mr Netanyahu said Sunday Hamas leaders were hiding in tunnels and bunkers while directing civilians to act as human shields. The statement contradicts claims houses in the Strip are being targeted because Hamas leaders are holed up there.

A missile the army said was aimed at senior Hamas official Shejaia Khalil al-Hayya, missed him but killed his son, daughter-in-law and two grandchildren, according to The Jerusalem Post.

The secretary of state squarely blames Hamas for starting the conflict.

Kerry is obviously unaware of the extensive Israeli operations in the West Bank that targeted Hamas leaders when the three Israeli teenagers disappeared on June 12. He is also apparently unaware Israeli authorities had received a 911 call on that day in which authorities learned the teenagers had probably been murdered at the time of capture. At the time Mr Netanyahu immediately blamed Hamas, without revealing any evidence, saying repeatedly "Hamas will pay a heavy price."

As Israel stepped up its campaign in the West Bank, raiding thousands of homes, arresting hundreds of Palestinians, mainly Hamas leaders and members, and killing several Palestinians, rockets began to be fired from Gaza into Israel. However according to Israeli army records the numbers were small, two on one day, four on another. It was only after June 30 when the Israeli teenagers bodies were found near where the boys disappeared, and Israel started extensive bombing raids over Gaza that the rocket fire began in earnest.

Nonetheless Kerry was pushing the Israeli line Sunday. "Hamas has started this process of rocketing and after Israel was trying to find the people who killed three young Israeli citizens. It's disgraceful," he told Chris Wallace of Fox News on Sunday.

Mr Kerry is now in Cairo to assist in talks on a ceasefire, and is believed to be planning to visit Netanyahu in Jerusalem.

Until June 30 Hamas maintained a ceasefire it agreed with Israel in November 2012, a ceasefire Hamas claims Israel repeatedly broke.

Turkish Prime Minister Recep Tayyip Erdogan says Israel is killing Palestinians "mercilessly." He said Washington was turning a blind eye to Gaza's suffering. "How can we ignore this? How can a country like the United States turn a blind eye to this? As a member of the UN Security Council, it needs to act fairly," he said.

"The bullying of small countries by big ones, the trampling of justice and decency in the pursuit of national aggrandisement, and reckless indifference to human life should have no place in our world," Australian Prime Minister Tony Abbott told the Australian parliament on Friday. His words however were directed at the probable involvement of Russia in Ukraine which has apparently led to the downing of the Malaysia Airlines Flight MH17.

The parallels are chilling. 298 people killed in a bombing by militants tied to Russia. The world is horrified, as it should be. But the same leaders condemning the atrocity in eastern Ukraine have repeatedly defended the actions of Israel in Gaza, which have resulted so far in 630 people, 70% to 80% of which are civilians according to the UN, being killed in the same way as the passengers and crew on MH17. 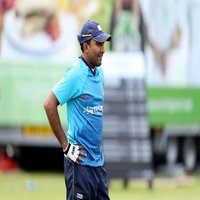 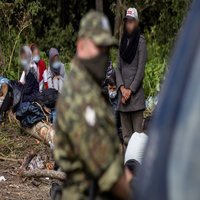